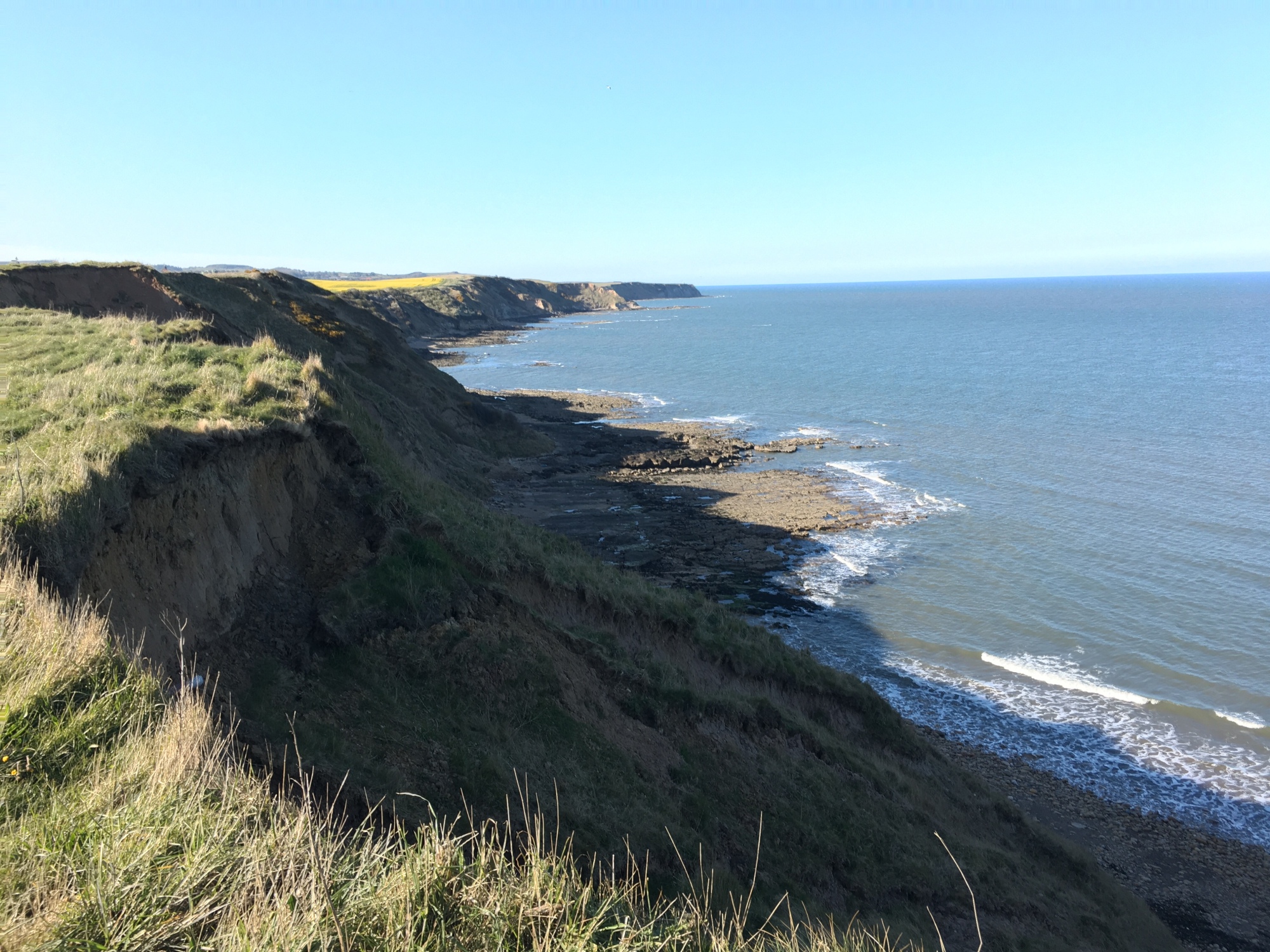 Next stop Scarborough, about two and a half hours south on the east coast. We leave before midday and it’s a straightforward trip along A roads except for a bungled stop where we try and enter a parking area that turns out to be locked. After some skilful manoeuvres by Tony we are on our way again.

The campsite is about two and a half miles outside of Scarborough but close to the coastal path. It’s very busy but not noisy and we get a good spot with plenty of sunshine. After settling in and clearing up a minor fridge disaster of leaking homemade soup, we eat lunch outside in the sun.

It’s now about 4pm so we get a few layers on and walk into Scarborough. There’s a footpath leading to The Cleveland Way coastal path, just outside the site. It’s a lovely breezy walk in the sunshine. The path ends by the Sealife Aquarium and The Old Scalby Mill pub.

Table service is new to most pubs and we can tell. Service is very slooow so twenty five minutes later we enjoy a pint. It’s really breezy so by this point all layers are on including hats and gloves!

We walk along the North Bay and the promenade. The North Sea is definitely a bit choppier now and it’s almost high tide so only a sliver of beach remains. They must get some storms here as there’s a serious sea wall. We enjoy a second pint at the end of North Bay in Taylor’s bar. At this point we can either walk up and over the headland into South Bay or around the headland.

We decide to walk around and it’s a fair step. Loads of people parked up in their cars eating fish and chips, windows down, talking to their neighbours.

South Bay is a metropolis compared to North Bay. Many places are closing down as it’s now 7:30pm and too damn cold after dark. We manage to find a chippy open and share a portion of fish and chips plus scraps. Fish is superb. Try and get a pint on the front but busy and getting late so we jump a Nippy Cars taxi home.

One thought on “Scarborough”