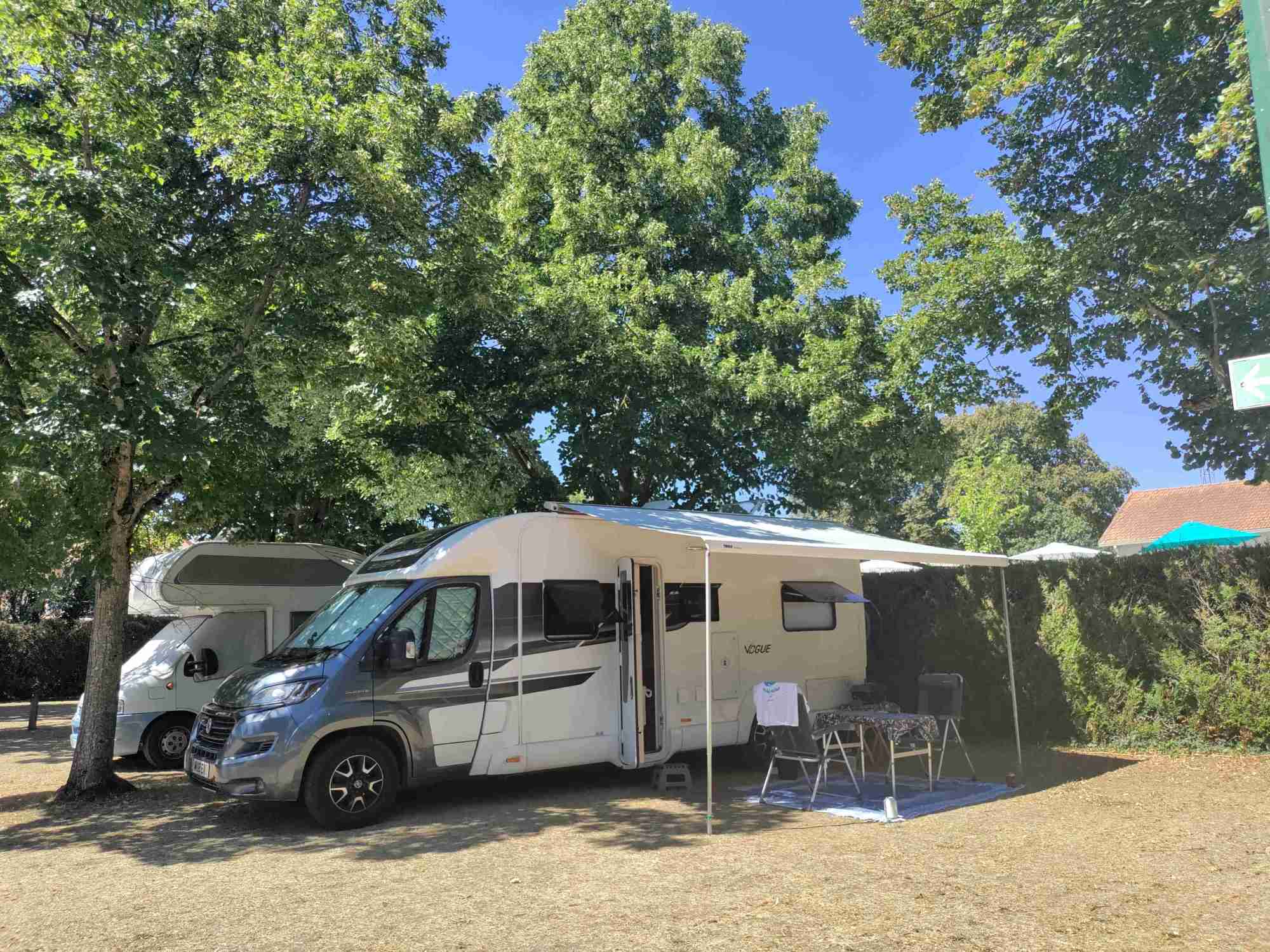 Moving north now towards Caen. We decide to stop at a little place, Chasseneuil-du-Poitou, just north of Poitiers, as it has a railway station and it’s only a hop into Poitiers where T fancies a visit.

We pass many fields of sunflowers on the way. We’ve seen them a lot on this trip

We are staying in the municipal campsite. I tried to ring in advance but couldn’t get through. The reception closed at 10:30am and doesn’t open again until 5:30pm. We choose a shady apparently unreserved pitch and setup.

Behind the hedge at the back of the pitch is the municipal swimming pool. Very busy based on the volume of noise.

Someone arrives at 4:30pm and wanders around with a clipboard. I queue to pay and I’m a bit worried as the spanish couple before me who parked up just like us are told ….  c’est ne pas possible….  Luckily we appear to have picked the right spot and I pay without issue. Another french family who arrived before us and set up with awning out and everything, are packing up again and leaving around 6:30pm! It’s ridiculous really as both those pitches they were in are left empty all night.

Lunch outside is a salad with baguette of course.

It’s very hot again, inside and outside. The fridge appears to be struggling and getting warmer rather than colder since we plugged in. We make the decision to switch the fridge back to gas and it eventually seems to be cooling. We’re not sure how many amps were getting here but it must be the absolute minimum as we were only powering the fridge and router before the switch. It’s playing havoc with drinks cooling and ice making!

A quiet night sitting outside the van, with a BBQ of what’s left of the fresh food and salad in the now slightly cooler fridge and fresh bread T picked up when he was out checking the railway station.